Apophis are powerful lamia family Monster Girls that function as the arch-nemeses of pharaohs, vying with the undead queens for control of settlements in the desert region. Whereas pharaohs tend to practice benevolent, peaceful stewardship, apophis prefer their subjects drenched in aphrodisiac neurotoxin. Anubis, sphinxes, human men, and even captured pharaohs themselves can expect a life of debauchery if an apophis manages to gain control of their pyramid.

According to ancient desert mosaics [1], in ages past there was an apophis - an enormous dark serpent capable of twining around buildings - who took on the mantle of the Demon Lord, and may even have been the very first Demon Lord.

Dark-colored serpents that are said to carry the power of the Nether Realm within themselves, apophis are monsters created by gods as adversaries of the pharaoh. It’s their duty to prevent the awakening of the pharaohs who sleep within the ruins of the desert. In the age of the former Demon Lord, many pharaohs were buried forever at the apophis' hands, never to awaken. The desert is dotted with master-less and abandoned ruins as a reminder of this. However, that is an ancient tale, and as of the present, the apophis’ nature has been changed due to the influence of the new Demon Lord, and they no longer kill pharaohs, although they do still oppose them.

The apophis have a powerful and peculiar neurotoxin within their body, and when they bite someone, they inject it into the body of their prey. If the prey is a woman, the poison eats away her entire body with extreme heat and pleasure, remaking her flesh to become greedy and ultra-sensitive to pleasure, and it even makes her mentally morph into a lustful, monster-like disposition of simply wanting love and pleasure with a companion. Once the apophis’ venom enters the prey’s body, it will never disappear. Prey, delirious and entranced by the venom, will end up swearing allegiance to the apophis and becoming their servants.

If the person corrupted by the venom is a monster, then even if she had a disposition that was warm, timid, serious, emotionless, pure, or stubborn and would normally not assault a man, she will become aggressive and try to straddle and ravish men. If it’s a human woman, then she’ll be reborn into a lamia, and as the apophis’ loyal servant, she’ll seek love and pleasure and begin to attack men. And even in the case when human men are bitten, along with the pleasure and heat, they’ll change into incubi who will always want to drown in pleasure with monsters and will make suitable husbands for monsters. The apophis also use this venom to subdue Pharaohs and place them under their command without killing them.

Corrupted by the venom, and reduced to mere female monsters, the pharaohs will forget all about the affairs of state and will seek out husbands, secluding themselves in their room with them indefinitely. In that manner, an apophis becomes the ruler of a kingdom instead of the pharaoh. The entire region around the ruins that were the kingdom of a pharaoh will change shape into a “Dark Demon Realm” of everlasting night where the sun never rises. A fascinating atmosphere hangs in the air and will become a monster paradise where they can lapse into delirium and revel in a mutual heat with their husbands.

An apophis who has obtained her own kingdom is likely to keep aggressively biting monsters and human women with her venomous fangs to convert them into servants in order to expand the demon realm and make it even more obscene. The anubis, who are the apophis’ loyal servants, will come up with obscene, licentious schemes to expand paradise and enable themselves to indulge in love and pleasure, and the sphinx will aggressively assault travelers, and even raid human settlements to bring many men into the demon realm, increasing the number of residents in their paradise.

Additionally, the apophis themselves are greedy for love and pleasure in the same way as those corrupted by their venom, and if there’s a man who strikes their fancy, they’ll pour plenty of venom into him, and have sex with him after binding him with their snake body to try to make him their prisoner in body and mind. They are also monsters, and they’re from the lamia family on top of that, so their attachment to their husband is extremely powerful. Those individuals who find a husband before attacking a pharaoh, which was supposed to be their entire reason for existing, will completely lose interest in their duty.

TL Note: Which god made them oppose the pharaohs is not made clear; In case it confuses anyone, note the language of the profile says the pharoahs the ancient apophis "buried" were truly killed and can never rise again. Therefore there is no contradiction with the pharaoh profile stating the pharaohs went to sleep on purpose. Those were different pharaohs from the many the apophis killed; Regarding the nature of the changes undergone by the pharaoh when poisoned by an apophis, KC had this to say: [2]

TL Note:In English, there are expressions like "give all one's time to reading", and they should not be understood literally.[2] 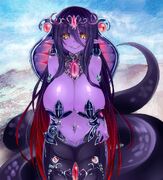 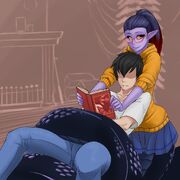 Crimson made this for Breakaway Republic. I am a novice. 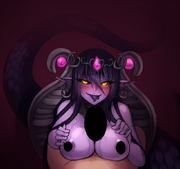 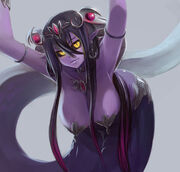 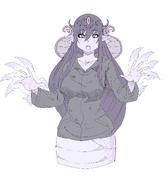 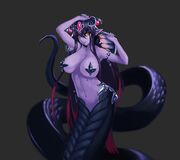 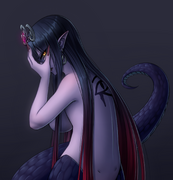 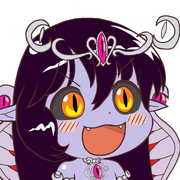 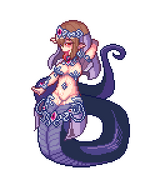 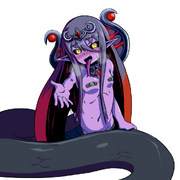 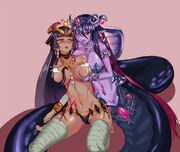 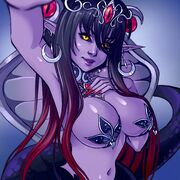 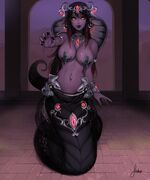 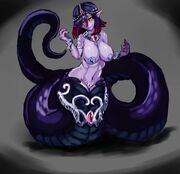 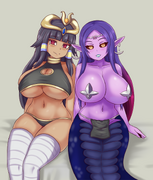 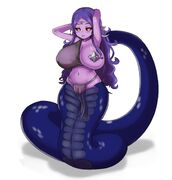 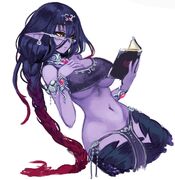 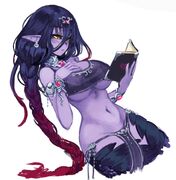 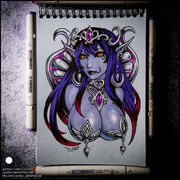 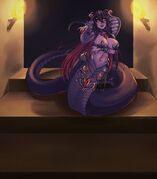 by Lotus Saint
Add a photo to this gallery