Automatons are, as their name suggests, robotic Monster Girls. Constructed with lost technology, these beautiful gynoids devotedly serve whoever their programming recognizes as their master. Highly competent, durable, and strong, these mechanical maidens normally don't even ask for sex. However, should they receive an electric shock, their systems will go haywire and they will become very lustful until they recover.

A type of golem animated by extremely sophisticated magic and precise mechanisms. They are created from unknown materials, and the residual spirit energy remaining in their power units also indicates that it was neither humans nor monsters that created them. It would be extremely difficult to create them with current technology, and the individuals currently in existence were excavated from ancient ruins and animated via demonic energy.

They are expressionless and poor at expressing emotion, but they will take the initiative to help someone in danger, whether they're human or monster, and they even appear affectionate towards weak targets such as children and small animals. They are internally equipped with a healing device and weapons, but it seems even before their alteration due to demonic energy the weapons were created only to disable foes without killing them.

They regard serving others as their raison d'être [the sole or ultimate purpose of something or someone], and by learning the necessary information themselves, they're naturally able to provide their masters with personal care and serve as a bodyguard, plus they will faithfully carry out any order given. When they spot a human man who strikes their fancy, they request permission to serve at his side as an attendant, and upon receiving permission, they will perform an action called “authentication registration”. For this, they need a part of the man's body, and the main method involves using the tongue-like mechanism inside their mouth to lick up sweat and skin material from the man's finger. Aside from that, they may also crawl their tongue along the inside of the man's mouth and absorb his saliva to obtain more detailed information. By such means, they read the information of the man who becomes their owner and record it in their central circuit, which is their core, causing all of their mechanisms to recognize their master's existence.

They fundamentally will not take things any further than that themselves, but even just the seductive and obscene authentication registration could be taken as sexual foreplay, and it's enough to let their master know how wonderful their service is, so it isn't uncommon for the master himself to take things further. Their lower abdomen is equipped with a semen milking mechanism that was created by becoming a monster, and not only is there the rocking movement of their exterior hips, the internal semen sucking mechanism also moves separately and independently to provide pleasure to the penis for their master‘s enjoyment. Given that they recognize that they exist entirely to serve their master, should their master desire an obscene act, they'll offer their body with pleasure at any given time.

They are resistant to impact, high temperatures, and even low temperatures, but they are weak to electricity, and if electrified their main power core will short circuit and shut down. Because they automatically switch to reserve power, they won't actually cease to function, but the demonic energy they were using to operate the main power unit will instead be distributed throughout their body.

Since they switch to the method of directly operating each of their various mechanisms, they will appear different than normal during this time, and they will start to behave in an extremely monster-like fashion. Normally their facial expression doesn't indicate any emotion, but the ecstasy they get from being able to serve their master will become apparent. Their desire will be laid bare by how amorously they gaze at their master while serving him. Their almost monotone voice will change to a sweet tone that doesn't even try to conceal their love, they'll repeatedly mutter their master's name, and reach towards his lower parts, guided by the commands being transmitted throughout their entire body from their central circuit. In order to restore their main power, they will require the spirit energy, a.k.a. semen, of their master who is recorded in their central circuit, so once they enter this state they won't hold back on service until having their insides filled with a large amount of semen.

Can parts compatible to Automatons only be found in ancient ruins?

Gremlins can't build whole Automatons by themselves yet, but they can make parts needed for repairing/tuning Automatons. (KC)
It looks like there are shops that sell Automaton parts in Saida! (Will)

Can MGs like Automatons or Living Armors have babies?

They can. Also, they would be viviparous. (Will)
Also, Automatons weren't built with the function to have babies originally. Rather, by using their husbands' semen as a power source they have self-updated their bodies to develop necessary parts and functions for pregnancy. (KC) 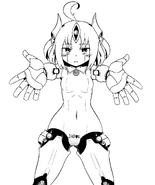 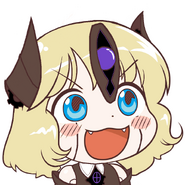 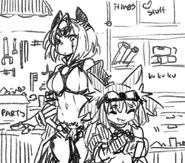 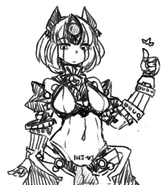 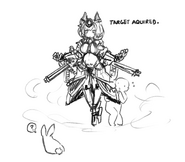 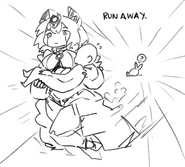 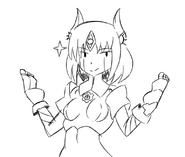 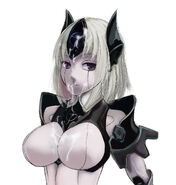 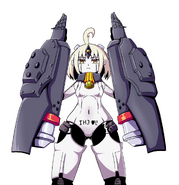 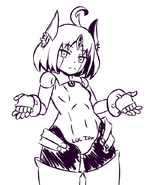 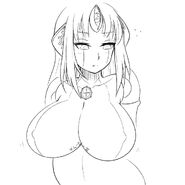 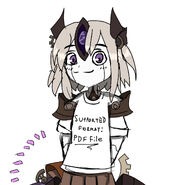 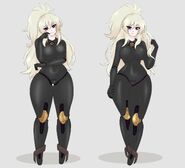 by Suika-X
Add a photo to this gallery