The essence of human men

Monsters of dark, melancholic beauty who drape their deathly pale, white skin in black garments. They are feared as omens of death and are said to appear before people on the verge of death, weeping and wailing, but it's just that they have the ability to forsee the death and suffering of humans. What's more, it is in their nature to be drawn to those who give off an air of death and if the person happens to be a human man, she'll be attracted to him as a woman and develop powerful feelings of affection.

These "banshees" are a race who serve "Hel", goddess of life and death, and the power of the goddess is imbued in their voice when they wail for those approaching death. Those who die while listening to a banshee's wailing have the agony of death mitigated by the goddess' blessing and will end up rising as undead after death. In the age of the former mamono lords, even though the banshees of yore had the power to foresee death and were terribly drawn to the dying, that's all there was to them. It is said that there was nothing they could do but mourn and grieve when their loved ones died right before their very eyes. It was only after the goddess "Hel" took pity upon them and welcomed them as her underlings that they acquired their present abilities. In the modern faith of the goddess of life and death, "banshees" are servants of the goddess who guide the living into undeath. This is one of the curses and blessings "unbreakable by death" that the goddess has given to humanity.

When the dead are reanimated by their power, just as in the case of necromancy, human women will easily resurrect as undead monsters, but resurrecting men requires the restoration and maintenance of "the power to produce essence", so a semi-permanent supply of mana will be required, namely, a monster to copulate with the resurrected man as his partner and continue to provide mana.

That's when the other power imbued in a banshee's voice comes into play. Though melancholic, their beautiful wailing arouses carnal desire in men soon after resurrection when a man's capacity for thought is shaky, directing his unsettled consciousness at the banshee. Just as a man rises as an undead, he'll end up sexually assaulting the banshee wailing beside him. In other words, they offer their own bodies as a sacrifice to the men that they guide into undeath and eternally continue comforting their husbands' souls with love and pleasure.

Furthermore, they are extremely easily moved to tears. Besides the death of a human, they also weep over little things and all those tears arouse carnal desire in their husband, making him lust after them. If their husband is sad, they shed tears as if it were their own sadness, consoling their husband by venting his gloomy feelings in the form of lust. They soon shed tears, of course when their beloved man rises as undead, but also whenever something makes them happy, such as when their husband whispers to them of love. Such tears also incite lust in their husband, and the joy of having sex with their husband also causes them to let out tearful cries of ecstasy, which turns him on even more. 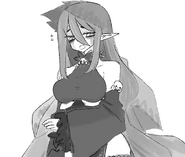 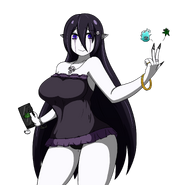 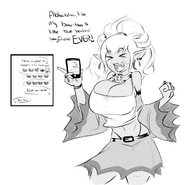 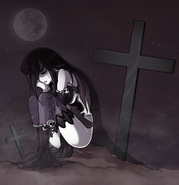 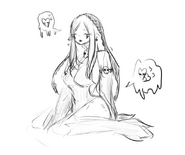 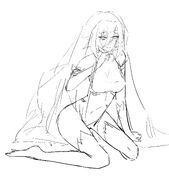 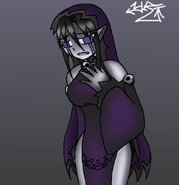 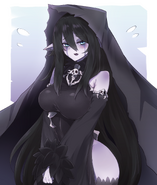 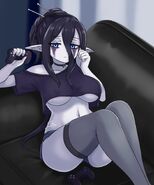 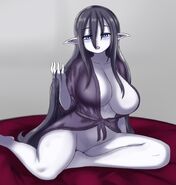 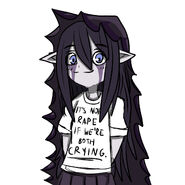 Retrieved from "https://monstergirlencyclopedia.fandom.com/wiki/Banshee?oldid=1176094"
Community content is available under CC-BY-SA unless otherwise noted.