An artificial race created by baphomet, who once possessed immense power rivaling that of the demon lord. They are employed as familiars by the witches of “Sabbath,” and aside from that, they're also entrusted with proselytizing for Sabbath and recruitment.

On top of being proficient speakers, they look adorable and behave in a friendly manner, so those who listen to their words lower their guard and listen with rapt attention. They not only speak of “eternal youth” and “great magical power,” but also extol the “charm and depravity of little girls.” Even the monstrously obscene tenets of Sabbath are naturally imprinted in the mind. Men will awaken to the attraction to the body of a little girl, and women will develop a yearning to transform into a little monster girl. The truth isn't certain, but since the prey they set their eyes on is always dragged into Sabbath, rumor has it that the way they normally appear is feigned friendliness, and they're actually cunning monsters with a great skill in the art of manipulation.

They're basically not as good as the witches at magic, but since they're magical organisms, they have a high affinity for magic, and their bodies are imbued with a portion of baphomet's immense power. They can cast the spell of lolification, and they can change human women who have awakened to the Sabbath cult into witches. Also, by using themselves as a catalyst, they can amplify the magic of the loli monsters that are acolytes of Sabbath. On top of dramatically raising the potency of the spell used, this ability will also draw out the charm they possess and raise it to the maximum limit. With the power of Sabbath contained within her, a little monster girl makes a charming transformation. Her atmosphere will be more innocent and defenseless, rousing a man's protective instincts, while at the same time giving off an allure that drives men even crazier than a mature woman. If they then tempt a man, the efficacy is so powerful we can pretty much call it a super move. Any man, no matter how straight-laced, will find himself reaching for the little girl's body, ultimately piercing her little vagina with his manhood. Furthermore, this power also applies to the “spirit energy” of male adherents and men. The more thick and syrupy spirit energy facilitates magic replenishment through sexual intercourse, and gives even more pleasure to the body of little girls who exceedingly love their big brother's spirit energy.

While they do play the role of familiars for witches, they are also monsters themselves, and therefore, when they spot a man that strikes their fancy, they prioritize making him theirs above all else. As beings that physically embody the tenets of Sabbath, what they love more than anything is to have sex with a man and swallow a penis that's too big for a little girl's body. Their soft, child bodies were modeled after the perfect child body of baphomet, and when they swallow up a penis and squeeze tightly with their little vagina, they're able to convey the appeal of a little girl's body directly to a man's body, staining him in the tenets of Sabbath. In this way, unmarried men who were supposed to be brought to Sabbath often end up already becoming theirs, much to the dismay of witches without big brothers. As one can tell from this, while they are mistress and servant, the pecking order is a bit vague. There are those who have a relationship that's more like friends, instead of mistress and servant, and there are also those who share the same man between them. 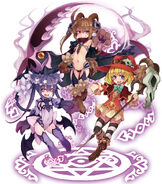 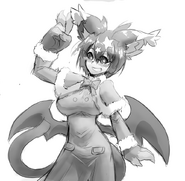 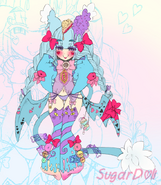 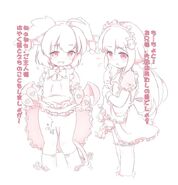 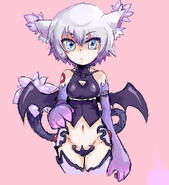 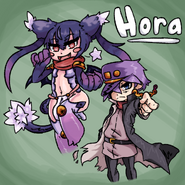 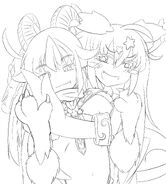 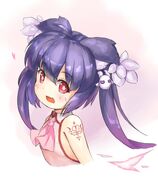 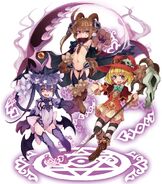 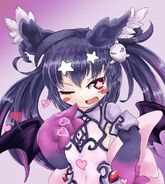 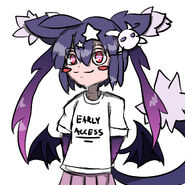 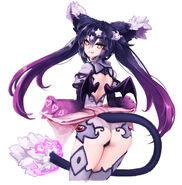 by Barbariank
Add a photo to this gallery

Retrieved from "https://monstergirlencyclopedia.fandom.com/wiki/Familiar?oldid=1167745"
Community content is available under CC-BY-SA unless otherwise noted.