Monsters peculiar to Zipangu that clad themselves in a voluptuous atmosphere that stands out. They have an appearance close to that of humans, but they have long, beautiful hair with an alluring charm that is inhuman. Many of them slip into human settlements and live there. Aside from appearing before men they like, they also sometimes blend in among human prostitutes.

Their hair is full of sex appeal and magical energy, and it has the power to bewilder men. Their alluringly fluttering hair captivates the eyes, and the fragrance that softly floats from there tickles the nostrils, charming them. Their hair is alluring to men, who will unwittingly experience desire and arousal.

They can freely manipulate this hair, and they can make it coiled around and cover a man's entire body. If bundled, their hair feels like silk of the highest grade, and being caressed by it causes an attack of pleasure that seems to coil around the male body. If they seize the penis with their hair, it's unbearable, and it'll spurt out semen, and end up sullying the beautiful hair.

Their hair is also their spirit energy absorption organ and by sipping spirit energy after men ejaculate in it, it's alluring charm increases even more, and becomes even more beautifully fascinating. As it grows more and more attractive, men become so enthralled by it that we can even say it becomes the primary focus of their affection. They'll start to run their fingers through the hair and stroke it whenever they are free to do so, and ultimately they'll want to put their face in the hair and sniff it's fragrance all day long.

Their hair can experience sense such as taste and touch for the sake of enjoying sex with men. When they feel their beloved man touching their hair and putting his face in it, they experience ecstasy, and if semen is released into their hair, the delicious taste of semen staining each and every hair is followed by a dream-like rapture, and a sensation as if they're being dominated by the man's semen.

Also, if their hair coils around the entire body, enveloping it completely, a feeling of relief and ecstasy engulfs the man, as if his entire body is gently being embraced. If one has sex in this state and ejaculates inside of them, one can obtain pleasure far beyond that of a normal ejaculation. And the pleasure grows more potent in proportion to the degree a man is fixated on their hair.

They have a custom of cutting a lock of their hair off and handing it over as proof of fidelity to the partner they recognize as their husband. Even though the cut hair is only a small part, it has enough power to bewilder men, and desire of those who accept it will swell day by day. Eventually, the man will end up visiting the owner of the hair to have his way with her.

Even if they hadn't directly accepted hair from them, men sometimes will find the cut hair coiling around them before they even realize it. Then if a man sees them for the first time, he'll never be able to run from their love, which coils around and won't let him go, just like their hair.

The race isn't very different in appearance from humans, but every one of them possesses long, long hair with an alluring atmosphere.

To put it simply, they're girls that specialize in jerking it with their hair (frank).

Just like every time, for details, please check the main text of the ero monster girl encyclopedia.

By the way, 「娼妓」 means prostitute, and it'll come up if you convert “shougi” into kanji![1] 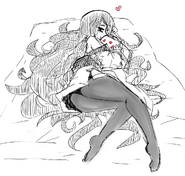 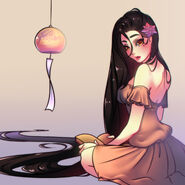 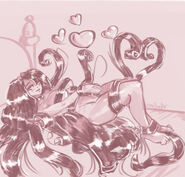 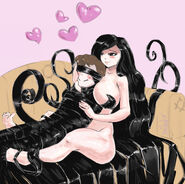 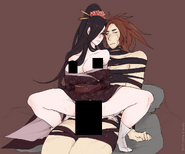 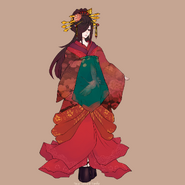 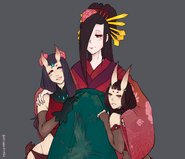 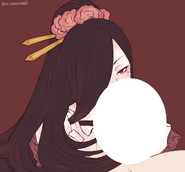 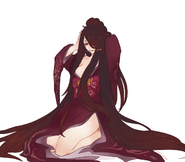 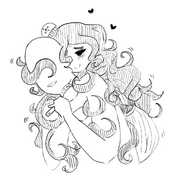 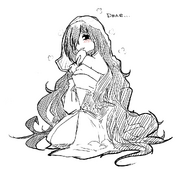 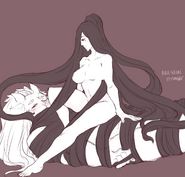 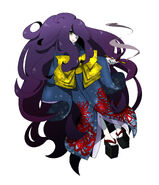 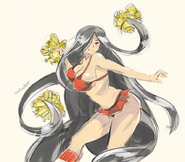 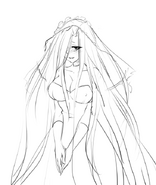 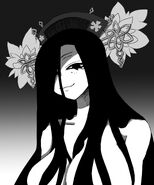 by MochiTheWaffleWaifu
Add a photo to this gallery

Retrieved from "https://monstergirlencyclopedia.fandom.com/wiki/Kejourou?oldid=1184596"
Community content is available under CC-BY-SA unless otherwise noted.