Kobolds are a type of dog-like beastman Monster Girls. As expected of a species based off of domesticated dogs, the Kobolds are a very docile and friendly race that are adored by both humans and other monsters alike. Because Kobolds are considered utterly harmless, they are one of the few known species of monster girls that are even tolerated by the Order.

A type of beastman covered in fur with a petite body that widely inhabits various regions. It is supposed that since they live closely with humans, the process of evolution has reduced their ferocity. They are harmless monsters that would not attack even if they spot a human.

It is said that they have docile, friendly personalities and they will recognize human men that strike their fancy as their masters and accompany them; living together. They love being praised by their masters, and with their inherently excellent olfactory sense they can find things such as precious plants and ore, or prey animals hiding in the forest.

It is not that they have low intelligence, but their thinking is mostly simple and instinctive. So when they want affection from their master, they will be upfront with their feelings and just snuggle up against him with their entire body, so it is easy to understand what they are thinking from their actions.

They are also very expressive with their emotions; if they are happy, they will smile fully and wag their tail, and if they are sad, their eyes will become teary, and their tail will droop weakly. They express emotion with their entire body, not just their facial expression. It is said that they are so lovely in appearance that their master will end up being mesmerized and become infatuated with them.

But even so, they are still monsters after all, so even the slightest little thing can immediately and unexpectedly trigger a lustful frenzy. As one can discern from the way they use their whole body to seek affection, having their body touched by their master is extremely pleasing to them. Of course their breasts, and their lower parts, but also even just having their belly or head patted will cause an expression of total ecstasy and make them terribly aroused.

Also, they love their master's scent, and just getting a whiff of his masculine odor is often enough to set them off, whether they are sniffing his clothes, or relaxing in bed. Furthermore, they frequently move their face close to their master just to try and sniff him. Even so, it is said they still will not attack their master, instead waiting until either they receive his permission or he makes a move on them; which is most laudable.

The strange thing is that regardless of the fact that they cannot use any kind of charm spell at all, most of those who become their masters will lose their inhibitions; stroking and teasing their breasts and lower parts becomes as normal to the master as playing with a dog. Additionally, when praising a kobold, as reward the master will let the girl suck his penis or permit her to mate.

Once they have mated, they change from cute little doggies to beasts with a desire to bear their master's offspring. They engulf the penis with their petite body, rocking their hips back and forth violently in a bestial manner to ensure that the semen is poured inside their womb as deeply as possible.

They are adored by many humans and monsters, and most of their masters say that they are man's best friend. In part because they are considered harmless to humans, even in some of the anti-monster religious states there are those who advocate for sheltering them. In the religious states with more lenient laws, it is even permitted to have them as pets. Even in such countries, fornication with a monster is supposedly disapproved for the most part, but as mentioned above, it appears that most owners will end up having sex with them; so perhaps it is quietly being tolerated.

This time's monster girl is “kobold”. They're “ordinary” dog girls, which actually used to be missing.

There were wolves, jackals, and hellhounds, which actually were dogs, but not ordinary dogs though...

Their traits are just like those of dogs, and it seems that they're probably the most harmless of all monsters to humans and animals.

I put out an ordinary dog girl, so eventually, I may put out the more bestial “cu sith” or something too. Relax and wait![1]

Illustration from a short story by Kojikoji. 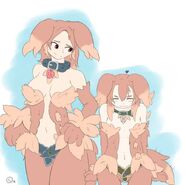 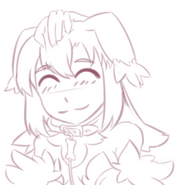 Inazuma from KanColle as kobold by [paundo] 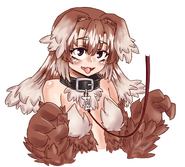 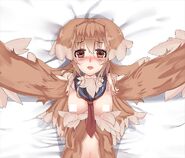 Kancolle Inazuma as Kobold by [paundo] 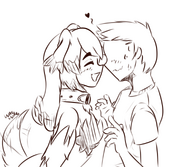 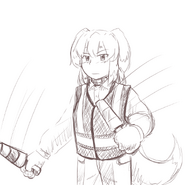 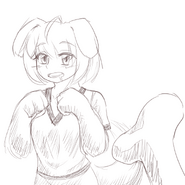 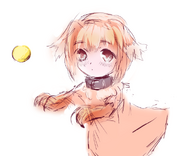 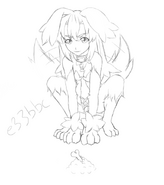 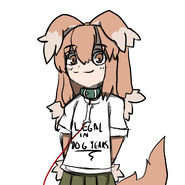 by Outis Media
Add a photo to this gallery

Retrieved from "https://monstergirlencyclopedia.fandom.com/wiki/Kobold?oldid=1183010"
Community content is available under CC-BY-SA unless otherwise noted.