A type of scylla that has a lower body like a squid. They normally live at the bottom of the ocean and rarely reveal themselves in front of humans. Boasting tremendous strength, they can seize prey and drag it to the bottom of the sea with their ten flexible tentacles, which possess a countless number of suckers.

Their disposition is extremely calm, but they tend to be easy-going… When they obtain a human man, they don’t fuss over the details. Sometimes they drag the entire ship a man is riding on under the water with the feeling of taking their partner by the hand and guiding him into the sea. For that reason, if they begin seeking a man, at that time many other sea monsters who are after the leavings will gather around a kraken almost as if to accompany her.

With the black-colored energy they spit out from their mouth that’s like ink, they can create darkness in the entire area around them, trapping the man who struck their fancy in this darkness. In a darkness that lets no light through whatsoever and is even darker than night, the only thing the man will be able to see is their whitely glowing, alluring body. By this means, they are able to create a private space just for the two of them where nothing can come between them, and they can ensure that the man only looks at them.

What’s more, being a part of the Scylla family, they have a great fondness for close contact with a man. They seize a man’s body with their ten tentacles, glue their bodies thoroughly together and have sticky, slimy sex. Because of that, not only his field of vision, but also his body and heart as well will be filled by their body and the pleasure induced by it. Once sex with them is finished, the black-colored energy will disperse and vanish, and the man will be released from the darkness, but he won’t be released from the loving embrace of their tentacles.

In this way, a man who becomes their husband will end up spending his days indulging in their white, soft body while being gently embraced by their arms and tentacles at the bottom of the sea.

Furthermore, a product made from condensing the black-colored energy they release and changing it into a viscous liquid is called “Kraken’s ink,” it is treated as a delicacy. Not only is it edible, it can also be a precious magical ingredient for magical items. “Dark lamps” which light a black-colored flame use this ink as fuel and just the opposite of an ordinary lamp, they produce darkness in the area illuminated. They can produce a “pseudo” night. 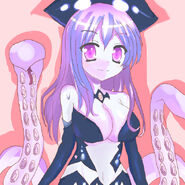 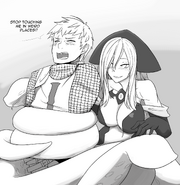 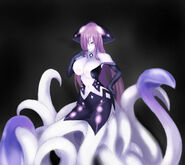 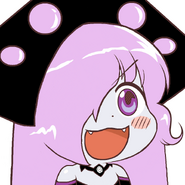 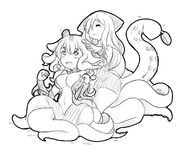 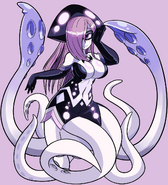 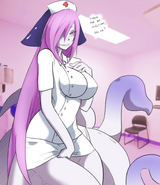 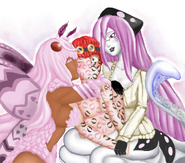 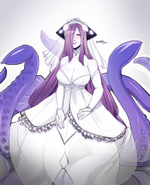 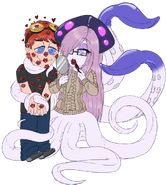 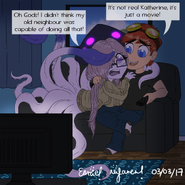 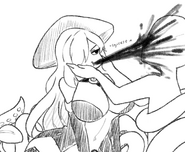 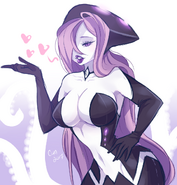 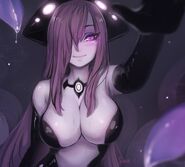 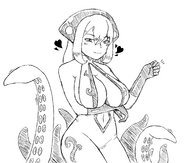 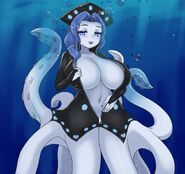 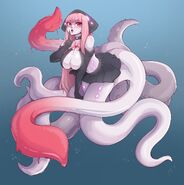 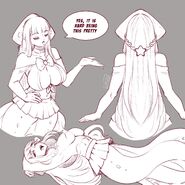 by Umeyukari
Add a photo to this gallery