An insect monster distinguished by the huge scythes equipped on both of its arms. Normally they dwell deep within the forest, using the scythes on their arms to quickly bring down wild animals, etc. and eat them. Because of how ruthless they appear when observed instantly lopping off the head of a massive beast, they are also called “assassins of the forest,” and are feared.

It is very rare for a monster, but should they encounter a human man, not only will they not attack, they would not indicate any interest whatsoever. In fact, they could not care less. Their expression is always fixed, and they do not feel anything like emotion. No matter what happens in front of them, nothing stirs their hearts. Even when they decapitate a beast and bathe in its blood, their expressions do not change at all, so "assassin" is a very fitting term. They live every day “just to survive.” For that reason, they do not take any interest in anything that is not necessary for survival. Since they cannot even eat a human man, to them, they are completely worthless.

However, despite this, at a certain point in their lives there comes a time when they absolutely do need a human man. Of course, since they are monsters, in order to produce children they must have human seed, so when mating season comes they do need human men. Even then, they only view a human man as a tool necessary for breeding, and mating just happens to be something necessary for the survival of the mantis race.

When they come into season, they leave the forest and head for roads and places near human settlements. They swiftly capture human men without any emotion at all and take them back to the forest to have sex solely for the purpose of procreation. They skillfully shred only a man's clothes in a careful manner so as not to damage what is inside, and expose his lower body.

Then, without any passion or feeling, they will fondle his penis in a work-like manner to get it erect, using skills they have just because they happen to be monsters. Even when seeing what is about to go inside their body, they do not feel any emotion. Even though it is their first time, they will be completely unconcerned, and lower their hips with indifference.

That is when everything about them changes. Upon experiencing intense pleasure for the first time, their body inexplicably heats up, and their brain is overwhelmed by the sweet stimulation. In an attempt to make sense of it and figure things out, they shake their hips timidly. Then their body and mind go numb, and they end up understanding it even less. While still unsure of anything, when they look at the face of the man they are mounting, their own chest and face will rapidly grow hotter. Then they will naturally move their face close to his, and kiss him.

When their lips come in contact with a man's, even though they should not understand it, they will naturally clamp down on the penis and begin moving their hips roughly to guide it deeper and deeper inside. Before long, semen is released, and at that very moment, their heart, which used to be empty, becomes filled with a mysterious warmth for the very first time. By having sex with a man they realize for the first time how good it feels to have sex with human men, and just how endearing men are to them.

After that, they do not just live to survive. They start to live for the sake of living together with their man and having sex. Once they know the taste of a man, they will never let him go after their first time having sex. Their scythes will end up being used to protect their man, and hunt for him. And then, every night in bed, they will mount their man and feel plenty of that incomprehensible happiness in their body, so their heart will be completely captivated. They will rub their body against their beloved man and make love passionately. Afterwards, they go back to their emotionless state just like before, but they do blush faintly when around their husbands, and you can likely see their lips forming into a smile just barely. 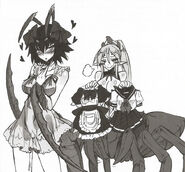 Although they generally appear to be unemotional and robotic, a married mantis starts to care deeply about her husband and will go through great lengths to look after and please him.
Add a photo to this gallery 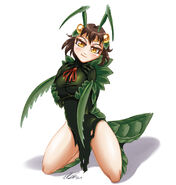 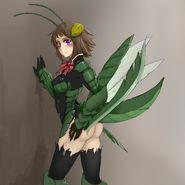 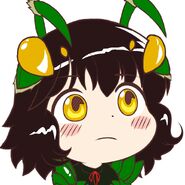 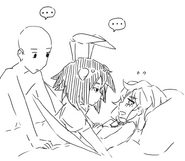 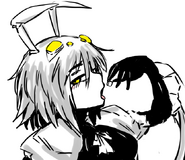 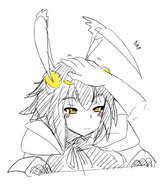 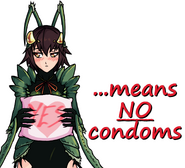 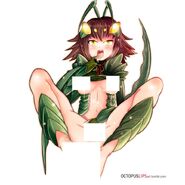 Retrieved from "https://monstergirlencyclopedia.fandom.com/wiki/Mantis?oldid=1162941"
Community content is available under CC-BY-SA unless otherwise noted.