A variety of beastman unique to "Wonderland". The progenitor of this race was a "wererabbit" who, so she could live more comfortably, was granted the power of a mighty succubus "The Queen of Hearts", who absolutely adores rabbits. They're in heat all throughout the year, and they're sex-crazed. They're so lustful that "sex" isn't just on their minds, it is said that it pervades their flesh, from the tops of their ears, to the tips of their toes.

When they come face to face with a human man, they often misinterpret his words in a lewd direction, perhaps because their head becomes flooded with the desire for sex with the man right before their very eyes, and wild fantasies. For example, if a man offered sweets by them responds with "I want some", "I'll have some", or "sure looks delicious", etc. , they'll misunderstand it as "I want some (of you)", "I'll have some (in a sexual meaning)", "(your body) sure looks delicious", etc. , and from there the conversation will deviate in an obscene direction. In this way, after striking up conversation with them, no matter how far removed the subject is from sex, they'll get hot and bothered. And then, mistakenly believing that the man also wants to have sex with them, they will joyfully attack to initiate.

When one begins having a conversation with them, at first it's confusing and impossible to understand. But while having verbal and physical exchanges, and being exposed to their demonic energy and madness, one gradually becomes able to understand their peculiar thoughts and distortions of topics. Ultimately a man will become sex-crazed like them and be able to calmly have insane conversations that can be obscenely distorted from any given topic, and it will all seem normal. Once they obtain a husband in this manner, their head becomes full of thoughts of "sex with their husband" instead of "sex with men". Since the conversation ultimately always goes back to the topic of sex every day, it naturally leads to spending their days having sex.

For that reason, those who become their husbands will end up spending most of their days having lewd exchanges, verbally and physically. From the top of their rabbit ears, to the tips of their toes, the hare's body will be crazy for their husband, and once a man gets a taste of it, it very easily makes him become sex-crazed, or rather, wife-crazed.

Their dietary habits are just like the original species. They're herbivorous and prefer vegetables, etc. but out of that, they prefer demon realm produce, especially stuff with a high aphrodisiac effect. Instead of drinking water, they drink a sort of aphrodisiac. Their dietary habits further accelerate their sex drive, but it's said that they're constantly in heat to begin with, so it probably only makes a slight difference to them.

Also, they often participate in tea parties held by monsters called "hatters". One should be wary, because the tea and sweets they offer are typically made particularly from the demon realm produce with the most radical effects.

This time's monster girl is another one from Wonderland, the Sangatsu Usagi aka, the “March Hare”.

By the way, the march hare in this picture has a carrot hanging from her neck. Those who don't yet have a husband feel lonely without “a certain something” to put in their mouth, so it's said that they lick and suck them whenever they have a moment free...[1]

From After-School Alice Tale
Add a photo to this gallery 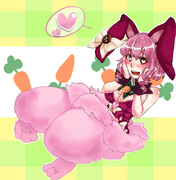 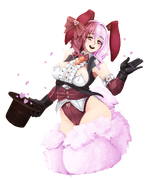 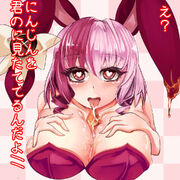 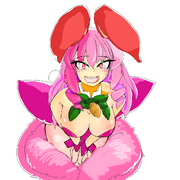 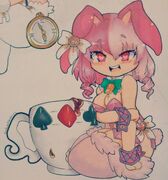 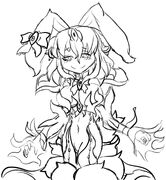 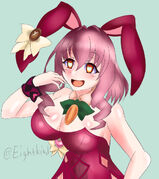 by EightKind
Add a photo to this gallery

Retrieved from "https://monstergirlencyclopedia.fandom.com/wiki/March_Hare?oldid=1169610"
Community content is available under CC-BY-SA unless otherwise noted.