A variant of lizardman with red scales that appear as if burning. They inhabit places with comparatively high temperatures such as volcanic regions, etc. They have frank, and hot-blooded personalities, and they are genuine warriors that seek out battles that burn as hotly as flames. They travel in search of humans that are worthy opponents.

They have similar traits to the lizardmen and they don't attack human men, but in the case that a human man is a warrior just like them, it will ignite their fighting spirit, and they'll challenge the man to a bout. When the fight begins, their battle-lust swells and their tail lights aflame, blazing with intensity corresponding to their arousal. The more they get into the battle they are having with the man and the longer it drags on and the more tension there is, the more rapidly their arousal swells and the intensity of their tail flame is strengthened.

In most cases, if the battle ends, their arousal subsides and along with that, the flames of their tail die down in intensity, but regardless of whether or not they won the fight, if they considered that fight to be their best fight ever, then their arousal from battle won't subside no matter how much time passes. Instead, the flames on their tail will also keep burning bigger and more violently the whole time. This is proof that they've acknowledged a human man as their most worthy opponent. After finding a worthy opponent, as a warrior, they feel a joy that can't be topped, and experience arousal like they've never felt before.

And then, this arousal soon turns into another kind. Just looking at the face of the man who turned out to be a worthy opponent will make their face grow hot, and at the same time, they'll feel a new kind of violent throbbing in their chest, something completely different from battle, unlike anything they've ever felt until then.

Then, while retaining their intensity, the flames of combat arousal change form into the flames of a monster's carnal lust for a human man, making their body flush hotly.

Driven by these emerging feelings of yearning for the man, and an urge, they will shout and declare their love for the man on the spot, seeking for him to become their husband and have sex with them. Even if the man refuses, once the flames have flared up, they will never disappear. They'll chase the man even to the ends of the earth, continuing to shout about love. The more the man runs from them, the more violently the flames will blaze, and eventually, they'll grow so huge and hot that not even they themselves can control them. Once that happens, they'll be unable to stand the arousal and desire that's burning their body. They'll let the monster's female urge that blazes hotly take over, and they'll try to push the man over and forcibly have sex with him.

Salamander HD
Add a photo to this gallery 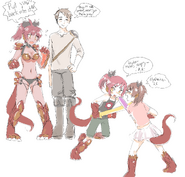 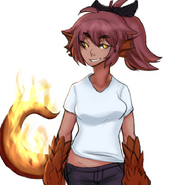 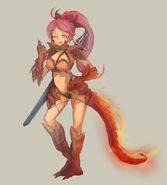 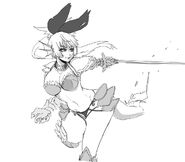 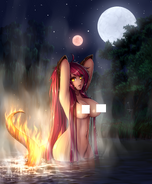 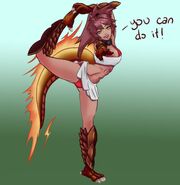 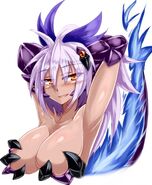 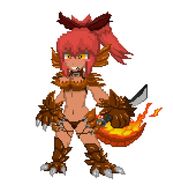 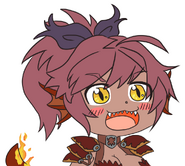 Cindy the Salamander by TheToxicGemstone 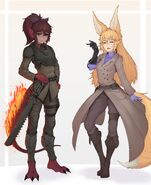 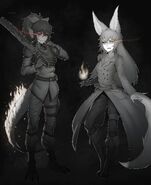 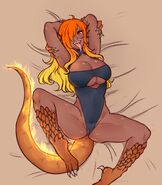 by Braganza
Add a photo to this gallery

Retrieved from "https://monstergirlencyclopedia.fandom.com/wiki/Salamander?oldid=1188020"
Community content is available under CC-BY-SA unless otherwise noted.