A type of monster that lives in the ocean and has a lower body resembling octopus tentacles. Many individuals have personalities that are strong-willed, and a little bit ferocious. They attack ships traveling at sea, stealing food and men. They possess the ability to hide in tiny crevices which one wouldn't think they'd be able to fit in. While they have a strong side, they also have a cowardly nature as well. Because of this, when danger approaches they hide in those kinds of crevices. Also, they've been known to use such crevices as hiding places from which to launch sudden tentacle attacks on men who happen to be passing by, so be wary.

In spite of the bold disposition they possess, they're insecure and starving for affection. They love men so much that they feel uneasy unless they're clinging to a man. Their heart is at ease and they feel happiest when joined closely with a man, so they always have their wet tentacles crawling all over a man's body as if to beg for affection. After being pleasured all over his body by them, a man will regain his liveliness, and then the scylla will resume sex again to join her body more deeply with that of the man.

When they find a man who strikes their fancy, they manipulate their 8 tentacles to seize him and force intercourse for the purpose of bearing offspring. They love sticking their bodies all over men’s bodies. In order to bring their bodies as close together as possible, they coil all of their tentacles around the man’s body, sucking on him with their powerful suction cups and not letting go. Even after intercourse is finished, they don't necessarily separate from their men, and it’s said that it isn't uncommon for them to spend a day joined together like this.

They share the same environment with a monster called "Charybdis”, and were even thought to be a set for some time. While the ships are stopped by the whirling tides generated by charybdis, they take men away from the ships, and also go after the men spat out by the charybdis.

Above, they press their lips together and plunge their tongue inside. Below, they unite their genitals. But they aren't satisfied with just that, and they will wrap their 2 arms and 8 legs thoroughly around a man's body to glue their bodies together.
Add a photo to this gallery 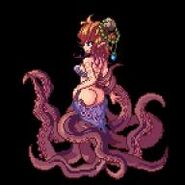 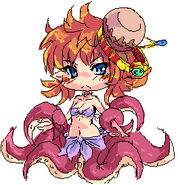 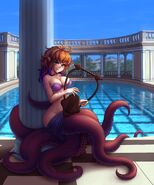 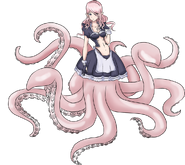 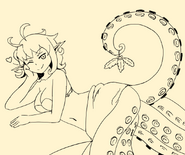 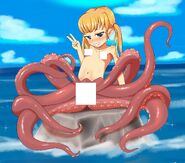 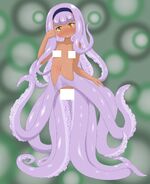 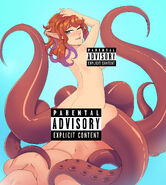 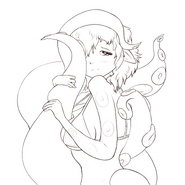 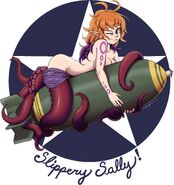 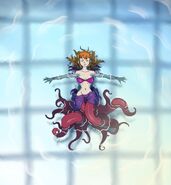 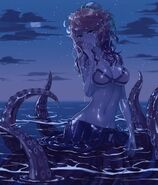 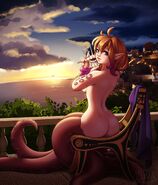 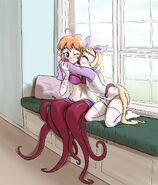 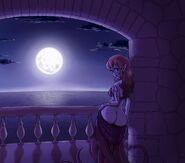 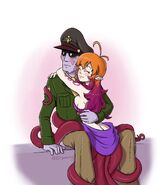 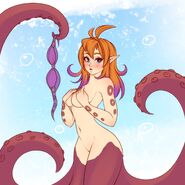 by Kingeru
Add a photo to this gallery

Retrieved from "https://monstergirlencyclopedia.fandom.com/wiki/Scylla?oldid=1188825"
Community content is available under CC-BY-SA unless otherwise noted.