Sphinxes are monster girls of the cat family that live in the desert region. Subordinates to the Pharaoh, they stalk the sands to protect their ruins from curious travelers. Men they catch may be ensorcelled with magical riddles.

A type of werecat that inhabits the desert region. On top of having superior physical abilities like other cat types, it also possesses great intelligence and magical power. They are charged with the task of protecting ruins where “Pharaohs” sleep. In contrast with anubis, who guard the interior of the ruins, they guard the exterior and put curses on those who approach the ruins.

When they spot a human man approaching the ruins, they cast a powerful charm curse at him. The curse is put into place depending on the result of their “questioning.” If a man answers incorrectly, or finds himself unable to answer, he gets afflicted with the peculiar curse.

A man charmed by the sphinx due to the curse will long to be ravished by her and offer his own body. He will end up falling for the sphinx's temptation and having sex with her. On the contrary, if a man were to answer correctly, the curse would be reflected back at the sphinx herself. But in this case too, the sphinx herself will be charmed by the man and go into a rut, which would likely result in her attacking the man and forcing intercourse in the same way as other monsters.

And then, the sphinx straddles the man and shakes her hips wildly like a beast and milks his mana, as if to punish him for approaching the ruins. Even in the middle of this sex, they'll cast the curse again. However, they time their casting for when the man is no longer all there due to the overwhelming intensity of the pleasure. With all the pleasure going to his head, he won't even be able to understand the question itself, much less answer it, and then when he's afflicted with the curse, he'll be even more enthralled by the sphinx.

Furthermore, besides using it to apply the curse as written above, they also use “questioning" for other things in their daily lives. They often make decisions or judgments depending on the outcome. There's no compelling force as with the above-written curse, but when negotiating or having a conversation with them, it would probably be to one’s advantage if he were to answer correctly.

Additionally, unlike anubis, they don't have much loyalty towards the pharaohs, and their objective of “protecting the ruins” has been replaced with “looking for men.” In the case that the travelers approaching the ruins are women, they pay them no heed even if they spot them, instead leaving the matter to the anubis.

After having ravished a man, they take a liking to him, and regardless of whether they are on duty or not, they’ll take him back with them to their room inside the ruins, and seclude themselves there, enjoying sex again. If they're trying to make a husband out of the man, they'll prioritize having sex with him from then on, with almost no concern for protecting the ruins. Before they know it, they'll be back in the ruins, having sex with the man.

In the case of a man answering her questions correctly and the sphinx being charmed by him, not only would she then go along with the man and disappear somewhere, it is said she may even obey the man and loot the ruins with him. 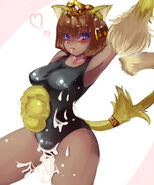 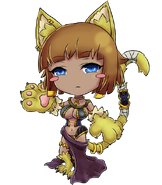 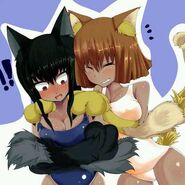 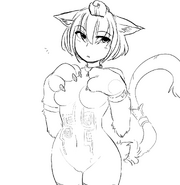 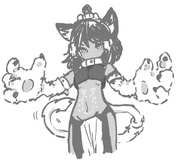 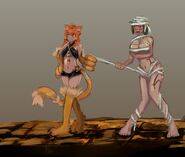 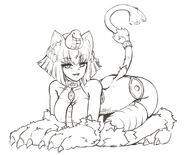 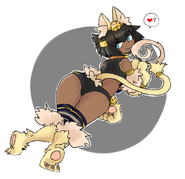 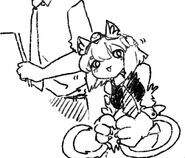 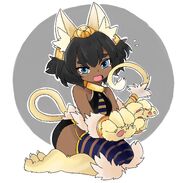 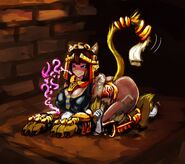 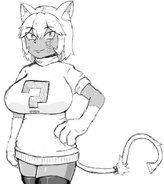 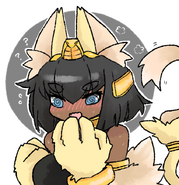 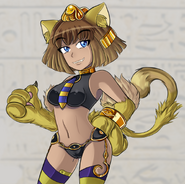 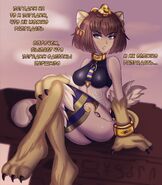 by Rokkyloid
Add a photo to this gallery