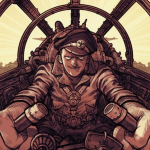 aka TJK or Jan

These are my superpowers:

Aviation Inuition: I can fly anything that flies. Simple as that.

Retrieved from "https://monstergirlencyclopedia.fandom.com/wiki/User:TheJanadianKing?oldid=980960"
Community content is available under CC-BY-SA unless otherwise noted.