Snowy mountains in the Zipangu Region

An ice elemental, possessing blue skin and a chilly cold body, that lives in snowy mountains. They are called demi-elementals, which were originally born as monsters. They have the power to control blizzards, and cause men who set foot in snowy mountains to get lost and then invite them to their homes.

Men invited back to their homes are treated to meals, etc. and will likely receive a warm reception. Then, in order to gain the man's spirit energy and body warmth, she'll tempt him, seeking intercourse. If he rejects her advances, she'll use her “ice breath” on the man. Their breath contains their demonic energy and has the power to freeze the human heart. With a frozen heart, the man will yearn for another‘s warm touch the same as she does, and then he probably won't be able to help but have sex with the girl before his eyes.

In contrast with their cold exterior, the inside of their body is warm enough to melt ice, and the pleasure generated from there will very easily melt a man's heart, letting him concentrate on indulging in her body. Meanwhile, the yuki-onna's body will absorb the man's heat, and her once cold body will become feverishly hot. Sex changes into something hot and passionate enough to make each other melt.

Furthermore, once they've known the warmth of human skin, they won't easily let a man go. If one tries to escape, he'll likely be sent back to her home over and over by the power of the blizzard she controls. But in the first place, most men who have known devilish intercourse with a yuki-onna will put her before anything else and would probably not do something such as leaving her side.

Also, when they are young, they visit human villages in a child form called “yuki-warashi.” It is said that they mix in and play with human children. The yukiwarashi themselves are not particularly dangerous, but being monsters, even at this time, they are unconsciously looking for a male to become their future husband. In the case of a boy who has intermingled with a yuki-warashi, it is said that there are times when she will return back to the village after growing into a “yuki-onna” to come get him and make him her husband.

Old English Encyclopedia Page
Add a photo to this gallery

From a young age they venture into human villages and play with human children, often they will take an interest in a boy who they will later choose to be their husband. 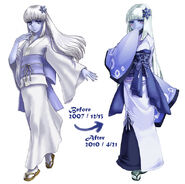 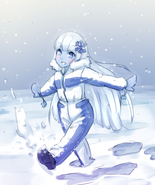 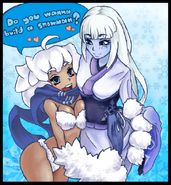 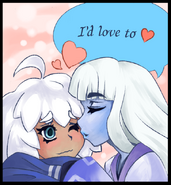 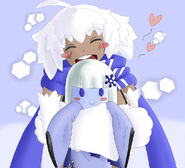 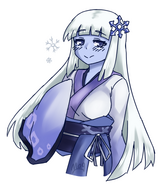 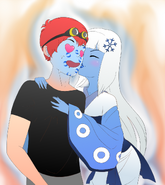 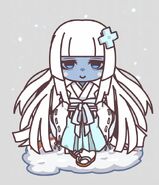 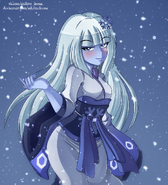 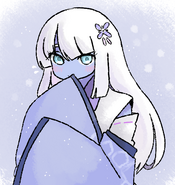 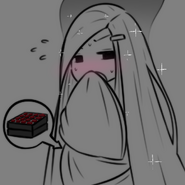 Retrieved from "https://monstergirlencyclopedia.fandom.com/wiki/Yuki-Onna?oldid=1166773"
Community content is available under CC-BY-SA unless otherwise noted.